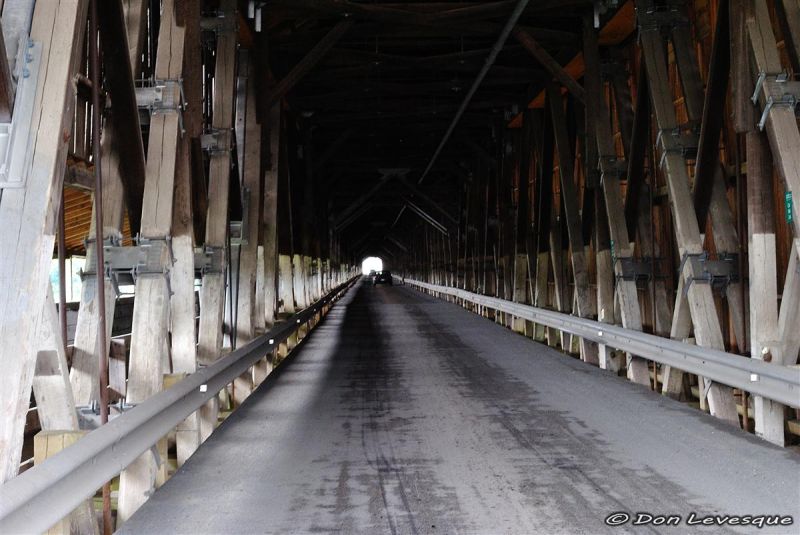 Posted by Don Levesque (Saint John, Canada) on 24 July 2011 in Architecture and Portfolio.

Looking at the other end of the bridge.

In 1966, vandals attempted to burn the bridge down.

The bridge was declared a National Historic Site of Canada in 1980.

In the winter of 2007, the bridge was closed, due to the central beam splitting down the middle, it has since been reopened after repairs were carried out.

A wonderful long look down the bridge Don! This is definitely on my "bucket list"! Well done! ;-)

wow, what a turbulent history of damage and reconstruction! i admire the determination of those responsible for not tearing down the bridge after all these mishaps! this is a very nice image again, with interesting lights and shadows and a very intriguing perspective!

Light at the end of the tunnel. Nice capture!

Very nice composition! The first thing I thought when I clicked on this image was that this was one very long covered bridge, when I went back to view the earlier images of the series and discovered that it is the longest covered bridge. Great series Don.