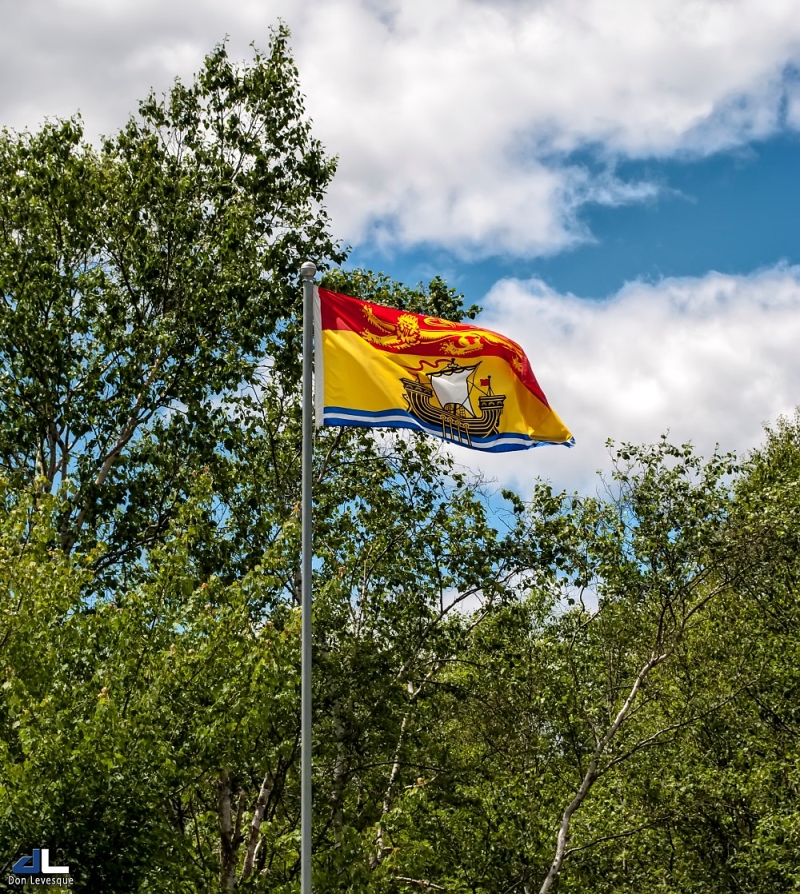 Posted by Don Levesque (Saint John, Canada) on 6 August 2012 in Miscellaneous and Portfolio.

Have a happy Day Don

Isn't it great when they create these "holidays" - yet at least 50% of the populace has to work!

@Curly: And here if they work, they get a banked day (which they can use later) plus time and a half (work for 8 hours and paid for 12)

A wonderful capture of a beautiful flag. Have a happy holiday today.

I could almost move to New Brunswick just for the flag. Well our Nova Scotia flag is pretty good too.
Natal Day here. Have a good one.

A gorgeous image of your beautiful flag ... Happy NB Day, Don. It's interesting that some of the other provinces celebrate it differently, but great that in NB, workers are well compensated.

@Judy aka L@dybug: Thanks Judy!

A very nice tribute! That flag is very beautiful.

A beautiful capture from the flag.
@Thank you for you comment.

@Sterre: Thank you Sterre and you're welcome!

Carol from Leamington ON, Canada

A civic holiday here.... and Happy New Brunswick day to you Don, that is a nice looking flag. I hope you enjoyed the day!

@Carol: Thanks Carol! We really had a fun day.